If you have any questions or would like help to make your booking, please telephone 01268 754137.

Training delivered by 110% Beyond Your Limits

The BTSA is delighted to offer schools the opportunity to attend a workshop hosted by former international hurdler, Gianni Frankis and his coach, Tony Jarrett.

110% Beyond Your Limits offers a fantastic CPD opportunity for any sports coach, therapist, athlete, PT, PE teacher or sport scientist looking to increase their knowledge of athletic development and performance. Delivered by experienced coaches and speakers working with elite athletics, professional football and rugby, they aim to improve athleticism and skillset to give individuals an edge over their competitors and achieve their real potential.

The importance of Athletic Development is increasingly being recognised as best practice for performance, conditioning and rehabilitation in all sports.

This workshop will include:

GIANNI FRANKIS
Gianni is a former GB International in the 110m hurdles. With coach Tony Jarrett, he rose quickly through the ranks breaking British youth and junior records along the way and winning medals at various World and European age group levels. Most notably his World Youth Bronze in 2005, European junior bronze in 2007 and silver in the European u23 championships in 2009.

At 18, he went on to the funding programs led by the governing body and first represented at senior level in 2009 World Championships in Berlin. Gianni remained one of the leading British hurdlers throughout his 20s competing in the European Championships and the Diamond Leagues until a switch of allegiance to Italy in 2015. Following injury setback, Gianni is now focused on working with his former coach Tony to nurture the next generation of sprinters and hurdlers.

TONY JARRETT
Tony is one of the all time greats of British Athletics. In a stellar career, Tony won medals at many championships including World, European and Commonwealths, most notably his silvers at 1993 and 1995 World Championships and a gold at the 1998 Commonwealth games. Tony also competed at four Olympic Games, making the final in Seoul 1988 at the age of 20 and only narrowly missing out on a medal when he finished 4th at the 1992 Olympics in Barcelona. His personal best time of 13.00s from 1993 is still an English record for the 110m hurdles.

Tony became a coach with his first athlete Gianni and has since nurtured many athletes to represent internationally using his vast knowledge and experience of the physical, technical and psychological demands of the sport. Tony prides his group on a high work ethic and a good attitude on and off the track, seeing these qualities as the best way for athletes to reach their full potential.

This workshop is aimed at all PE staff looking to increase their knowledge of athletic development and performance and support students to achieve their potential.

This workshop is suitable for secondary phase only.

TO BOOK AN INDIVIDUAL PLACE ON THIS PROGRAMME, PLEASE ADD DELEGATES TO THE CART ABOVE. THE PRICE ABOVE OF £50 PER DELEGATE RELATES TO INDIVIDUAL BOOKINGS.

Please email Denise Mair on denise.btsa@kingston.essex.sch.uk should you have any questions and she will be happy to assist.

The BTSA is delighted to offer schools the opportunity to attend a workshop hosted by former international hurdler, Gianni Frankis and his coach, Tony Jarrett from 110% Beyond Your Limits.

This workshop will include:

This event will be held at The King John School:

Please can all delegates ensure they arrive at their destination 5-10 minutes prior to the start of the event.  This will allow time for delegates to sign in at reception and be escorted to the meeting room.

Should delegates wish to cancel a place on a course you must notify the BTSA Manager, Denise Mair at denise.btsa@kingston.essex.sch.uk

Failure to attend a course will be considered a cancellation and as such no refund will be offered. If you cancel a place on a fee-paying course within four working weeks, 50% of the fee paid will be reimbursed. Cancellations received within two working weeks will incur the full fee paid. Non-attendance of funded or free places without notification of extenuating circumstances within 48 hours will result in a charge to the school/organisation of £35 per session. Please inform us if you are unable to attend as this may allow another delegate to attend in your place.

Showing all this categories events, places available, in all locations. Filter locations by selecting only the ones you wish to see. . Click a course to book. 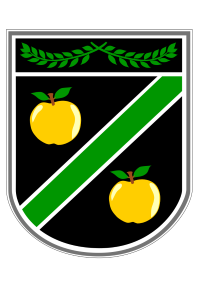 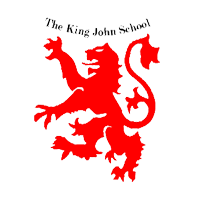 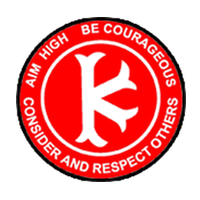 Your shopping cart is currently empty!

Search text should be at least 3 or more characters!